**This is actually the second time I’m writing this post. The first one is lost in the ether somewhere because I tried to add art after writing it. AAARGH!** 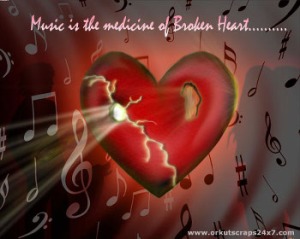 I have learned to be very, very careful about what I share online. If someone knew what to look for, they’d find that I’ve been a traveller on the net for about 20 years, give or take one. Therefore, if I’m writing this on Facebook, of all places, then I really, really had to write. There is another place I can write, but I do so under a pseudonym that only a few know as me. This time, *I* need to write this post. Me.

I’ve been sitting at my dining room table working like hell to get WickedWomanMag.com up by *mumble*mumble* while listening to iTunes. It’s just me, my really f’ed up wrist, my laptop, the occasional head butt from a puppy to say, “Don’t forget about me!” and my work. I was concentrating like a laser when I had to stop.

There are some songs that we not only hear, but feel in our bones. It doesn’t matter whether it is a sad song or joyous. Whenever we hear it, there is a swell of emotion that we really can’t explain to anyone. For me, one of those songs is Journey’s Faithfully.

The sentiments expressed, the experiences, the longing are all well known to me. I loved two men at the same time when in college. One of them was a “music man”–a roadie for a couple of bands—so he wasn’t around as much as I would have liked. I remember a couple of times when I went to spy on his apartment building which was easy enough since it was across the street from our favorite bar. Now I think my little reconnaissance missions were hilarious, especially when I had my best friend at the time help me with them. Then, all I had was the longing.

As an aside: What I would give to have a photo taken reminiscent of the John and Yoko bed photo! Visually, we were gorgeous together. He had a thick mane of very wavy, deep, bright red hair and pale skin. My skin, obviously much darker, had the right highlights to make, particularly, a black & white photo stunning. I have thought of that shot many times, especially after I ran into a salesmen at a music store that could have easily been his son. He wasn’t.

The red head and I had several little “talks” about the formality of our relationship. Neither of us were monogamous. How could I be with another guy a little over an hour away? The thing about the red head was that I could really be who I was. All those intimate urges were on overdrive, yes, but it was much more. He was a gregarious Irishman and I was just happily me when he was around. Man, did it hurt when he had to go to work, though. I *hated* seeing him drive off. He was my “music man.” Faithfully.

Another aside: I think I felt most alive when I got to watch a basketball arena turn into a concert hall. It is complexly amazing. I remember watching my red head, (although I don’t think he was mine quite yet), running cable and climbing scaffolding to hang lights. When he was finally some version of “mine,” I got quite “excited” every time I saw him working with cables, especially light boards. Remembering the metamorphosis from arena to music hall now really makes me long for that experience once again. I’ll put it on my Bucket List. Before Mom died, I was going back to our alma mater for grad school. I’d planned to ask if I could take over as the advisor to the student organization that handled concerts, among other things. I am a Roach Patrol alum, after all, so I know a little about what needs to happen.

The other man I loved was, and may well end up being, the love of my life. I hope he doesn’t, because I can easily do better. Having a chronic, debilitating condition plays havoc with the love life. Good Lord, I could go with either sex and I’m still by myself! Actually, I don’t really mind it right now. I’m too busy and I have a lot that I have to do because I’m the only one who can. WickedWomanMag.com has got to go live in the very near future. Indeed, me sitting here typing this a second time has totally screwed the pooch with my night, but it had to be done.

It took me a whole year and a little more to finally get the love of my life to take me seriously. I wanted him. Period. Dot com; dot org; dot edu. I may have been a few years younger than most kids in college, but I felt the electricity the very first time we actually met. That S.O.B. played with me like a cat with a mouse, too. It is fairly humorous now, but it was anything but then. Looking back, he was so bad, but in a way that wasn’t evil. That would come later. I still ended up crying my eyes out over him both before and after we got together, but those instances were forgivable. As I said, he wasn’t truly evil or cruel then.

I transferred to a larger university my sophomore year. Going back to visit friends where I first entered college was tricky. I wanted to spend time with them but I also wanted to get time with my love. He was seeing the woman he eventually married along with a few others on campus—or so it was believed. He didn’t always know when I was going to be in town and I didn’t always know that he had time or would make time for me. Actually, while exploring the possibilities, he did make time to see me.

Once we got “together” and he came to visit, I was a floating ball of happy goo from the moment I saw his car pull into the drive until he left. He was my heart. He HAD my heart. But, again, we weren’t exclusive. It wasn’t impossible, but it sure would have been impractical, especially with the girl he was seeing there on campus with him. I hated that, but I also knew I would not thrive in such a small school.

All in all, we were together, if somewhat ambiguously, for 17 years. One of the darkest times was when he asked me to come visit him at home several years after we’d both graduated. When someone brings you across several states to meet his parents, the natural thought is that things are about to get serious—finally! I think that trip was a test that I failed. I think I know why, but it is really immaterial. He told me of his engagement to his college girlfriend, then about to become a doctor, just as I was leaving his home (bastard) to visit a cousin nearby. For better or worse, he told me, “I almost chose you.” I don’t remember what happened next other than more tears than I’d shed in my life until that point. It’s all a blur.

It is hard to say which I remember most, the longing for him when he wasn’t physically or emotionally available or the joy, for the most part, when he was. I’ve written so much about him over the years that a publisher inquired about a book some years ago. I couldn’t write it then. Now I can and will, although I’ll have to change the names to protect the whining, bitching and moaning incredibly guilty. Once I get WWM up and running smoothly, including hiring a managing editor at some point, I can breathe a bit.

I mentioned that he hadn’t turned evil prior to his marriage. He was quiet, had mad skills as a DJ, super smart and probably in or near the genius IQ range, sweet, gentle when needed, but he did have a very evil side that I’d known was there for a long time. I knew nearly from the beginning that he was the kind of young man who could either choose to be a good and decent person or be a cruel, evil and non-consensually sadistic person. At some point during his marriage he chose the latter. I would give a lot to go back and stop him from choosing the wrong side, but I can’t. These days, if there COULD be a sinister motive for someone’s actions, that is his default assumption. I’m sorry, but I believe that’s quite twisted.

What happened to my caring, generally upbeat, beautiful young man? I dearly want to know what made him turn into someone who could be so utterly hateful, cruel and sadistic, particularly to me—someone who’d been totally loyal to him and, with one exception, shown him nothing but love. Hell, even when I was hurt and angry with him I still tried to be decent about things. I wish I could say the same about him. I can’t. He has become a textbook narcissist and it just makes me sad. What he did to me as the narcissist he’s become is very private. I’m struggling with how to write about it in the book because I’ve never experienced cruelty on that level.

This decades old rock ballad called Faithfully has a kind of magic for me. Most of the time, if I truly listen to it, I start crying. I’ve barely held back the tears tonight, but I wanted to get this post done. I know this song. I’ve felt this song. I’ve been this song. Indeed, I’ve been this song twice in my life in two different ways. The fact that I’m sharing this on FACEBOOK is fairly well amazing to me. However, as I stated when I began, I needed to write this and not my alter ego. I did this for me because this is what is in my heart. For reasons that probably won’t become clear to me for a while, I needed to remember. Faithfully.

Whew! I didn’t know all that was in there. Now I need a cigarette. It’s too bad I quit smoking. 😦

Comments Off on Faithfully